Who are our Board Members?

The Board Members are volunteers appointed by nomination to be part of the governing body of Midway.  They can sometimes be called committee members or directors.

They donate their time and energy to oversee the running of the organisation. They receive no payment for their services; nor do they receive any refund of expenses such as travelling or telephone costs.

The not-for-profit industry relies heavily on community-minded and caring people such as our board to volunteer their time and for this we thank them. 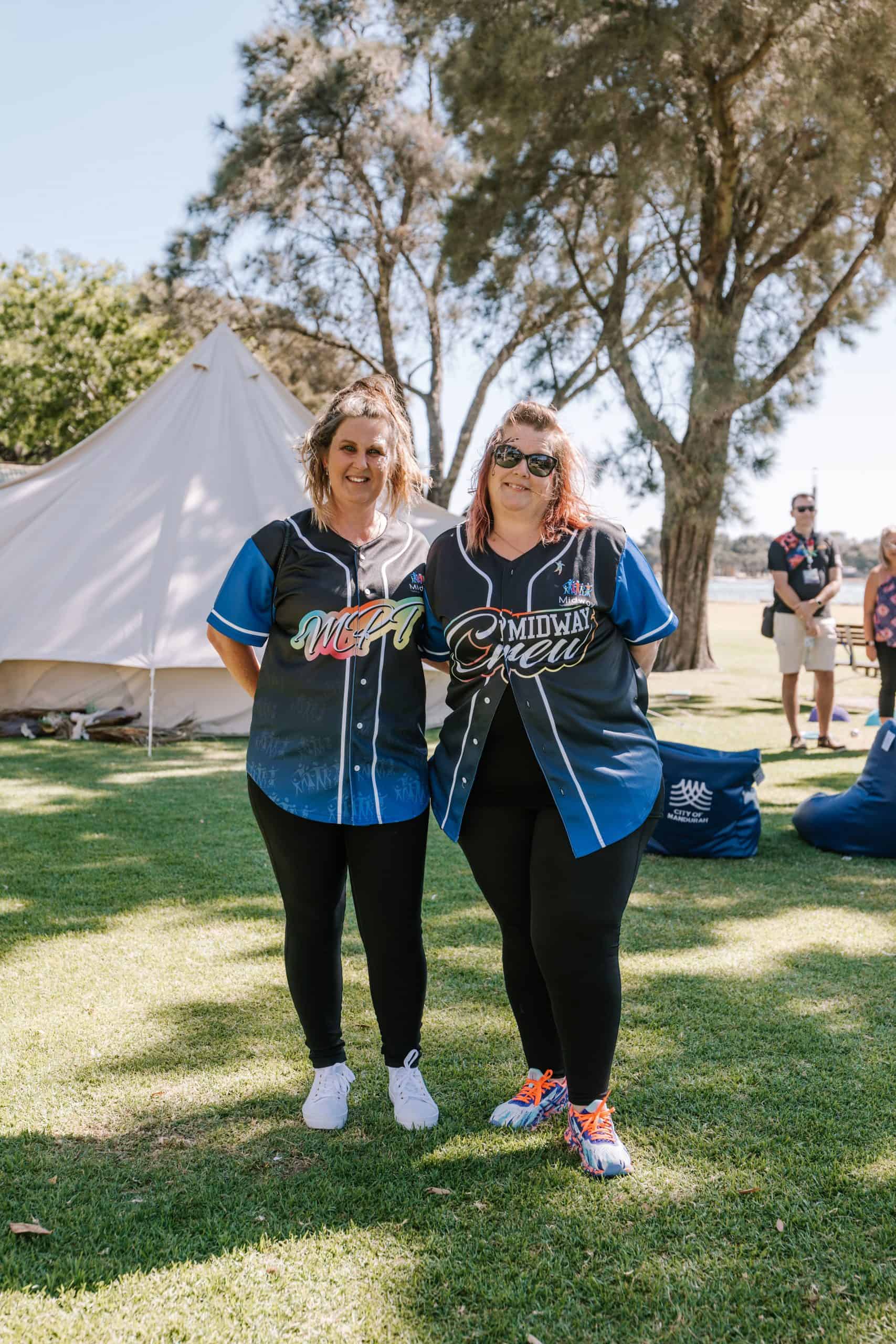 At Midway, we are committed to partnering with you to live your life, your way

Promoting and maintaining individual’s independence, in their own homes while embracing a meaningful and full life is at the heart of Midway’s values and goals. Ensuring that all individuals maintain regular inclusion within the community is just as important as living in a safe, clean and secure residence. 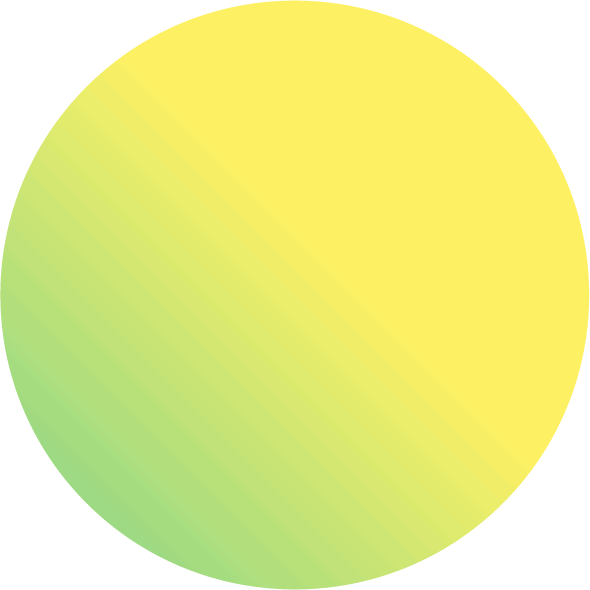 What is the Board’s role?

Board Members  take on an ambassadorial role where they represent Midway at meetings with the Disability Services Commission and other organisations and government bodies. The Board is driving the development of the strategic plan and will be responsible for the achievement of the strategic objectives of the organisation; while the Chief Executive Officer (CEO) is responsible for the operational aspects of the plan.

The Board main Responsibilities are*:

To ensure their role is fulfilled  Board Members meet monthly (during a meeting that can take up to three hours each time) and attend as well a number of other special meetings and workshops during the year. Each Board Member receives a number of reports prior to each meeting in-which they read and prepare before attending the meeting to make informed decisions.

Who can become a Board Member?

Midway will advertise our Board vacancies via the SEEK website. Anybody is free to apply for an advertised voluntary position on the Board, however please note that for an application to be considered the person will have to meet a list of eligibility criteria both set by the Constitution and the applicable laws.

Members are subject to Australian Securities and Investment Commission Laws relating to fiduciary duties and governance. 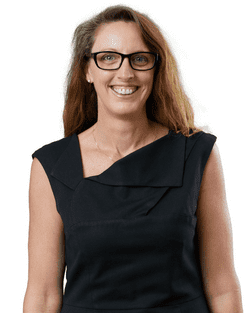 Renee is a long time Mandurah local, having been a resident of the area for 35 years. She has a Bachelor of Commerce (Finance & Business Law), is a Certified Practicing Accountant and has a Masters in Construction Law. She is also a trained mediator.

Renee has extensive experience in the health industry, having spent 10+ years working at Peel Health Campus as the Director of Finance and Corporate Services, and recently taking on the task of leading the transition of the hospital from private management back to the State in 2023.

She also has 10+ years in the construction industry, most recently leading a team of cost controllers and contract administrators across Australia working on various projects. In her spare time you will find her in the surf or on her yoga mat. 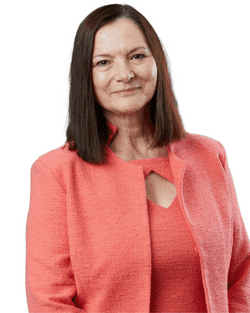 Patricia is a member of Rotary International and served as Club President in 2014/15, currently holds the positions of District Governor 2021-2022. .
Patricia also serves on another not for profit board and has previously served on the advisory Board for Passage - Peel (resource centre for homeless youth).

Patricia holds a Certificate in Business Management and post graduate studies in Employment and Business Law, and with further study in Human Resources and Industrial relations.

Pat is currently the Deputy Chairperson of Midway. Pat and his wife Anne, with their three sons, moved to Mandurah in 1988 in time for their two older sons to continue with their primary school education. Prior to moving to Mandurah, Pat held a General Managers position based in Darwin for 5 years and a General Managers position in Papua New Guinea for a period prior to Darwin. He has also held several Company Secretary and Accountant positions during his career. He currently manages a business which he and his business partner commenced in 1990. He has been an active member of several school boards holding various positions including Treasurer. 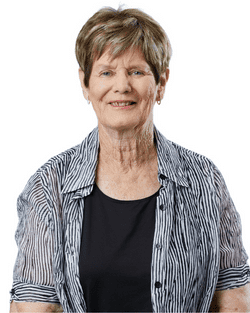 Having worked in the community sector for many years including 16 years as the Manager of Finance and Administration at Midway Community Care, Dianne has a broad understanding of administration and funding issues for non-government agencies. Dianne is married with two sons and is passionate in her belief that people with disabilities be able to achieve the highest possible degree of normalised living in mainstream society. 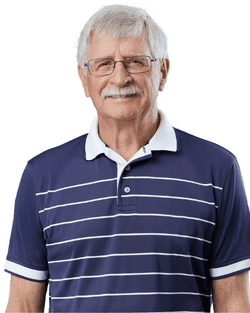 Peter Eastlake joined the Midway Board in July 2021 and has an engineering degree and is a Fellow of the Institution of Engineers Australia. Peter comes to Midway with extensive engineering experience in the fields of structural, land development planning and construction, and contract management both in WA and the UAE. Peter has been a Partner and director of an engineering consultant company and was both a Senior Manager and the Bunbury Office Manager of a large Australian engineering consultancy.

Currently retired Peter is still undertaking part-time work in contract management in addition to being actively involved in volunteering as an active member and secretary of a Bushfire Brigade, treasurer of a golf club, and member of other volunteer groups in the Peel/SW regions. Peter is an active hockey player in local, national and international competitions.

Peter is married to Nola with a daughter and autistic son who has been a resident with Midway since 2016. Having raised an autistic child, Peter has a good understanding of people living with disabilities. 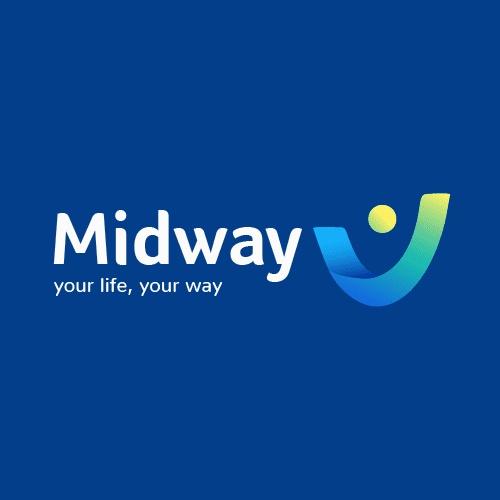 Viv Edwards joined the Board of Midway Community Care in 2004 having served as a trustee and chairman of the Axiom Foundation (Midway) since 2002. He is a fellow of the Australian Society of Accountants and a Member of the Chartered Institute of Accountants, with such affiliations being held for 50 years and 35 years respectively.

Although now retired as a partner for one of Australia’s leading international accounting firms, his expertise in taxation, estate planning, budgeting and consulting with small to medium-sized businesses, ignited his interest in business development, governance and staff management.

Viv moved to Mandurah in 1979 with his wife Pam and two sons. Since then he has held honorary positions of President, Secretary or Treasurer on sixteen Boards. He has been a prime-mover for the establishment of many of these organisations including two not for profit, three private schools as well as the local radio station. He currently sits on four Boards.